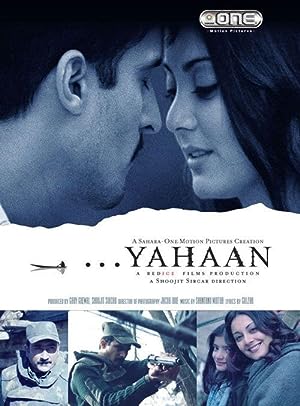 Gone were the days when Bollywood actor Shammi Kapoor used to sing, frolic and dance in Kashmir. Now the Kashmiris live in fear and death visits them every day. On one hand they have the terrorists, who want an independent Kashmir, free from any interference from India and Pakistan; And on the other hand they have the soldiers from the Indian Armed Forces, who terrorize them into releasing any information they may or not have of any terrorist activity. Amidst this live Islamic Adaa and her family. She meets with Hindu Captain Aman of the Indian Army and both fall in love. They want to get married, but there are complications. It is said that you can get away with a lot of things in Kashmir - but when you marry someone from a different religion - you commit the biggest crime on Earth. Especially if you are young woman named Adaa - who has a brother named Shakil Ahmed - a wanted terrorist.