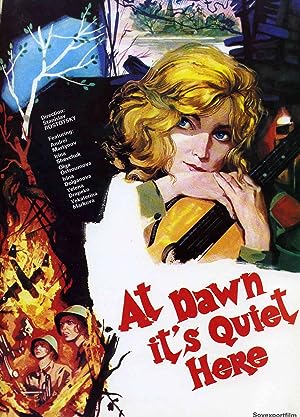 The Dawns Here Are Quiet

Based on the eponymous book by Boris Vasilyev, the film is set in Karelia (North-West of Russia, near Finland) in 1941 during WWII. In a beautiful and quiet wilderness far from the front-line there is an anti-aircraft artillery point, where corporal Vaskov is stationed with a group of many young women in training. One of the women while sneaking from camp to visit her young son sees two German paratroopers. Vaskov takes five of the women to stop the two paratroopers, but finds sixteen paratroopers instead, leaving the small group of patriots to engage the enemy in an unequal fight.